“Nothing in the world can take the place of persistence. Talent will not; nothing is more common than unsuccessful men with talent. Genius will not; unrewarded genius is almost a proverb. Education will not; the world is full of educated derelicts.

Persistence and determination alone are omnipotent. The slogan “press on” has solved and will always solve the problems of the human race.”

John Calvin Coolidge was the 30th President of the United States (1923–1929). He had a reputation as a man of decisive action and became the Vice President in 1919, succeeding to the Presidency upon the sudden death of Warren G. Harding in 1923 and was elected in his own right in 1924.

Coolidge restored public confidence in the White House after the scandals of his predecessor’s administration, and left office with considerable popularity. 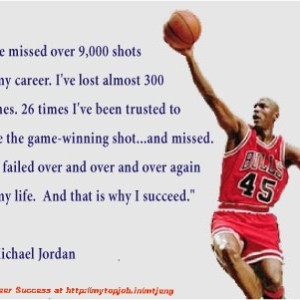 « How Important are Communication Skills ?
Angry Mail may make you wail ! »

The Best Time to START looking for a Job is when you don’t NEED a job !More Career Tips at http://mytopjob.in/r/cq !